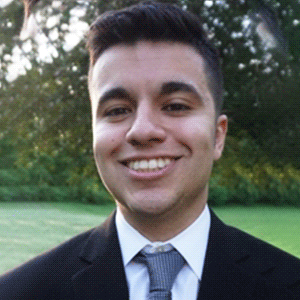 For as long as I can remember, music has been a part of my life one way or another. Although I wasn’t always a musician—once I reached the skill level of being ready to play gigs, I realized my Marshall half stack wasn’t going to cut it as my amplification system for both vocals and guitar (although I did try). Naturally, buying a PA system was the only next available option. I’ve been through a few different PA’s over the years. I started with Passive and then slowly moved to Active as I began to realize an all-in-one unit simply made more sense for my needs. Having previous experience with PA systems I was recently given the opportunity to test an Electro-Voice ELX200-10P.  I chose the 10” version because it was small enough, yet the frequency response looked proper for my application.

Before I get into how this thing performed here are my current qualifications for choosing a PA monitor. First, I’m mainly a hobbyist musician (Bedroom Rockstar) and currently playing acoustic gigs for maybe 25-50 people on average. These sorts of shows don’t require eardrum-annihilation-volume levels. However, I would still like the capability to crank the speaker to 11 or at least high enough to know that my vocals/guitar would cut through the mix of other noise at a band practice. Second, I always strongly disliked lugging my half stack around, so the speaker must be relatively light and easily portable. Then the last qualifier is for the speaker to simply provide quality sound and have at least two inputs available for my effects pedals so I can continue to be a one-man band.

Immediately when opening the box, the speaker was surrounded in plastic and nicely nestled in foam, with the Power Cable, Safety Instructions, and User Manual at the ready. Though setup is relatively self-explanatory for most musicians, I did find the User Manual insightful. It provided great recommendations ranging from how to get optimal sound coverage if the speaker were to be positioned in differing locations such as tripod, suspended, or floor monitor; to helping the customer understand how to navigate and make full use of the DSP control menu that’s built into the back of the speaker. It seemed like all basic or technical consumer questions could easily be found in the table of contents and the instructions were presented in a way most people purchasing this product would understand. I even found myself using the manual to look up how to turn on the Bluetooth setting on the speaker because in default mode the setting is off and under the description “Control App”.

The speaker itself once fully removed from the box makes a lasting impression. From the Polypropylene exterior, to the steel grill, and just the overall appearance of this thing in general made this speaker look outstanding. Everything felt sturdy with quality components, knobs, and inputs. Nothing felt like it was going to fall off or break. The speaker is also relatively light weight at about 30 lbs., with the option of using one of the three built-in handles—any average adult person should be able to lift this thing with no problem.

Once I was ready to set the speaker up, it only took about a minute to properly get it up and running. I put the speaker on a tripod, attached the power cable, then all that was left was to flip the power switch and it was ready to go. The first thing I noticed was the blue LED DSP interface light up displaying the volume level in dB along with 2 signal level meters for whatever anyone may decide to hook this speaker up to. Additionally, on the front there is a white LED power indication light that also doubly functions to distinguish the CLIP if the input gain is turned up too loud. By clicking the Master Volume Knob directly inward, the Control Menu appears and offers a variety of different options to tweak things like the three-band EQ (Treble, Mid, Bass) to your heart’s desire.

There are four different modes this speaker provides. It’s initially set to “Music” mode for the default setting but in my case, I needed to change the mode setting to “Live”. There are also “Club” and “Speech” options.

One notably cool feature I found is after dialing in the settings, you can store up to 5 personally-created user settings. So for future events all you must do is recall the preset you created and within seconds, you are dialed in to go live.

Initially I just plugged straight into the speaker itself with my acoustic guitar and a microphone.

The clarity and overall crispness of the sound was great and that was before I even began altering the EQ.  I pretty much knew from the moment I plugged in that this would be a product that would meet all my current qualifications for live performance sound. At 1200W and getting up to levels of 130 dB, this monitor is packed with more than enough power to get the job of a solo musician doing small-to-medium sized venues done. Once I added the rest of my effects pedals and got my operation fully up and running, I was not disappointed. Had I owned the speaker it would’ve been my go-to PA system of choice when going out gigging.

Though I didn’t spend much time playing at deafening levels, the speaker did hold up quite nicely with almost no hissing and minimal feedback at high volume. Even then, any hissing that was created could’ve equally been created by one of my external signals. This speaker would undoubtedly hold its own if it were incorporated into a live band setup as a loudspeaker or monitor.  My acoustic sounded as natural as if it wasn’t plugged into the PA which was good, because I didn’t even need to think about it.  However, if you find any of the frequencies lacking in any way EV does also offer larger systems like the ELX200-12P and the ELX200-15P to pack a bigger punch.

The Academy Award of Speaker Performance: A visit from the local police.

While I still had this product in my possession, I was able to scrounge up a random gig at my friend’s dad 50th birthday party with about 30 people in attendance. The speaker was super simple to transport. I just tossed it into the back seat of my car, drove to the location, and loaded it out within just a few minutes. The people who attended were more than satisfied with the sound and quality that the speaker produced. Nobody came up to ask if I could turn it up or really had any complaints at all. During breaks since I brought an aux cord, I could attach my phone and play music for intermissions. Also, if it’s any testament to how loud this speaker can get, the speaker was a little over half volume and the cops came to shut the music down (It was past local noise ordinance hours though).

Though I don’t see myself using this feature frequently the ELX200 series speakers do offer a free mobile app which provides you with all the existing DSP menu options straight from your mobile device. Once the Control App function is activated in the speaker and you’ve downloaded the EV QuickSmart Mobile App. The app then locates the speaker and is good to go, allowing you to add as many as you want. I’ll personally probably just walk over to the speaker to alter the settings since I only have one and have other ways to manipulate volume. However, if you had an array of speakers or multiple speakers in general you can fully control one or all of them in a simple user-friendly app without having to get up.

All I have to say is I’m impressed! Although I’m not currently in the market for a new PA. The ELX200-10P or any of the ELX200 series speakers for that matter are something I would love to add to my rig one day. If you’re a similar solo musician or in a band and looking for a top notch, reasonably priced speaker that’ll deliver in pretty much every aspect of quality across the board, you’ve found the one.